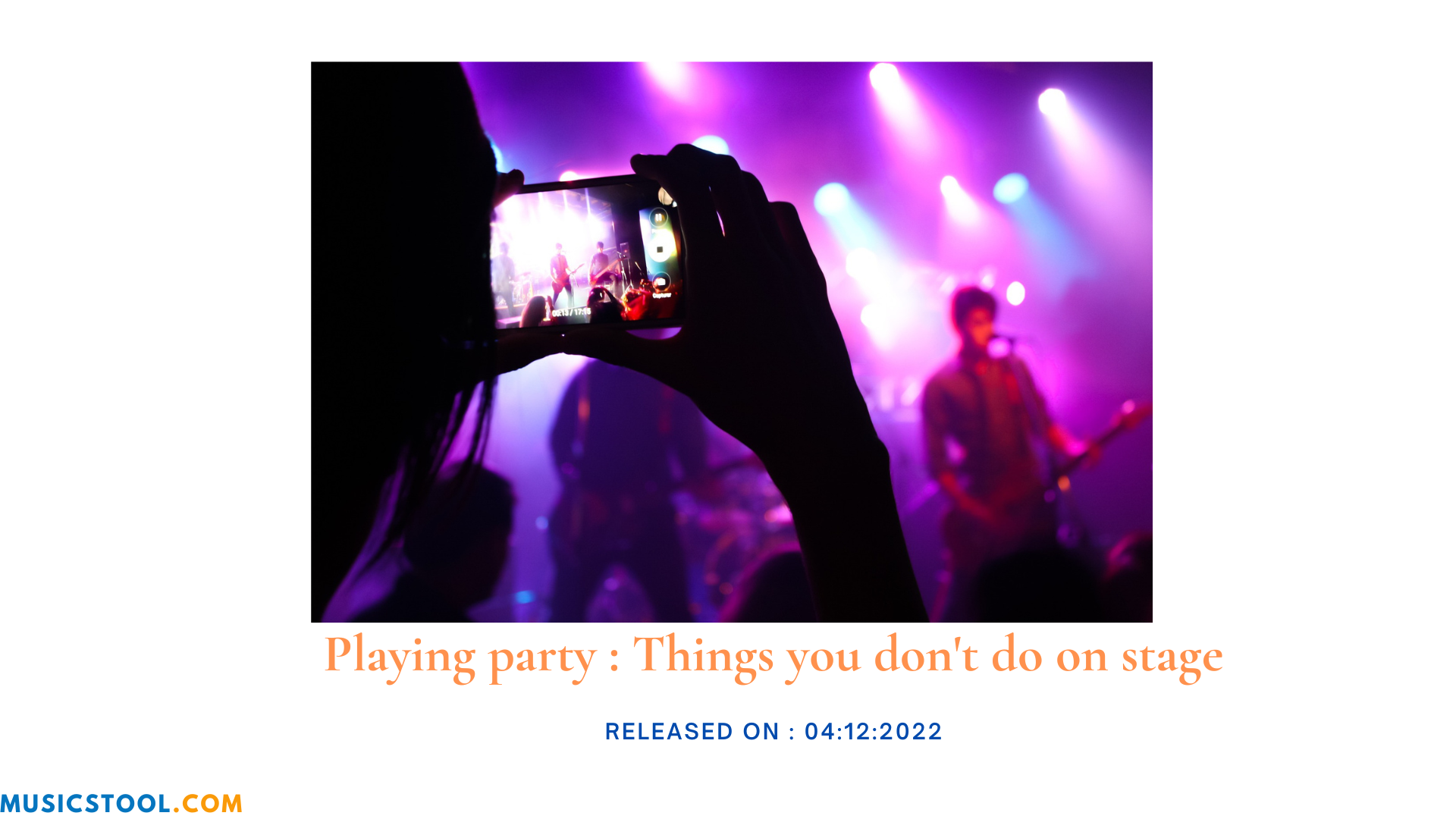 Playing parties is one of the methods that musicians follow before starting their concert on stage. When playing a party, you must prepare well in front of the audience, especially if you are a new performer.

We see many people adjusting the rhythm of the stage, such as voices and instruments, when playing a party. Thus, they may forget themselves for an hour or two during the performance and before launching the party.

In this article, we will provide many tips before starting your party, especially if you are a maestro or stage conductor.

In addition, these tips are based on unique experiences, some good and some disappointing. regardless of the circumstances of the ceremony.

For instance , if you are a member of a band and you are asked to perform at a medium-sized concert. Such as weddings, annual or seasonal parties. You must be well prepared for this task.

Tactics before you playing party

Preparation before playing a party is one of the essential elements for a successful party. Thus, it plays a major role in team harmony, examining sounds, and adjusting rhythms and musical instruments.

Thus, we may find that many professional teams make embarrassing mistakes that expose them to reprimands on the stage. Despite the extent to which they possess skills in this profession, unfortunately, preparation may not be done well due to the nature of the party venue.

Some musicians may have great concerts in London, for instance , while they may be disappointed when repeating the same concert in Rome(Italy).

There may also be other reasons, including excessive confidence in the success of the party. or the existence of some disagreements between the staff before the start of the party.

This leads to a disturbance in the mood of the musicians. Even if they read from sheet music.

Errors you make when playing party

We will introduce you to some mistakes that musicians make so that you can avoid making them whenever you come across a big or big concert.

If one of the previous items is checked before playing the party, know that the party may not succeed.

Thus, it is possible that many errors appear in front of the camera, especially in the event that there is only a radio broadcast or broadcast on television.

Most of the players you come across at a playing party are mostly amateurs. And this is not a defect, perhaps we are all amateurs in the world of music.

Some do not rely on reading the musical notes to play street concerts and theaters, even the big ones. For example, a group of solo instruments have spread that provide intuitive possibilities for anyone who knows the basics.

Perhaps any of us can play the piano without reading its notes. Perhaps many of us have strong listening skills that enable us to memorize musical notes in our minds.

This is a beautiful thing, but in some big, loud parties, you might forget the intro because of the great dread and fear.

Therefore, we advise you to prepare in advance, whether you are a fan of musical notes or you are a prodigy at memorizing notes in your mind.

In sum, the continuous preparation for the party, while achieving the harmony of the work team and the presence of a decent audience, will achieve success, and the concerts will reap wide fame in record time.

Everyone is looking for money in life and this is good for achieving basic needs and food security.

But when it comes to building a great reputation in many parts of the world, the idea of ​​money is no longer something to worry about.

Before that, when playing a party, you must look at the party fare as a small reward. Therefore, the real reward is psychological, not physical.

When thinking about this logic, you will perpetuate the idea of ​​building a reputation first and making money second.

Do not think about money at the beginning of the road, and do not wait for the concert fare, as much as looking for the good impression that you will leave on your audience.